It’s about this time of year that I like to give up on my new year’s resolutions. As do most of us, according to research by Strava, the social network for athletes (who you would imagine have better discipline than the average Joe). Strava conducted their research back in the “before times”, which is to say 2019, so it’s probably fair to say that our collective ability to stick to good habits has only got worse. Indeed, since the arrival of Omicron in November, January 2022 looked especially like it would be time to embark upon a programme of radical self-improvement. All the same, I made my resolutions as 2021 drew to a close.

I thought I’d try to stick to the regime I created to get myself through Lockdown One. Those three weeks to “flatten the sombrero” seemed like the perfect opportunity to get myself into shape ahead of what we all still foolishly believed would be a normal summer.

Back in March 2020, I made myself a star chart with five columns: 10K steps a day, 10K on an exercise bike, 20 minutes of yoga, 20 minutes of Italian and 2,000 words on my work in progress. I kept it up for the first three weeks and was enjoying being a “new me” so much that I’m afraid I may have been one of those idiots who mused, “Wouldn’t it be nice to just have one more fortnight of this lovely enforced downtime” as the first 21 days drew to a close. By May 2020, my chart was bereft of stars and I counted several takeaway delivery drivers as close personal friends.

I kept those hopeful starcharts, thinking that 12 months later I would get them out and marvel at the madness of those early lockdown months. But we all know where we were in the spring of last year. My bubble-mates and I instigated “Champagne Saturdays” and I collected corks rather than stars.

I don’t know why I thought it would work this time around. January is a difficult time to start anything. The days are short, cold and, invariably, wet. If there was ever a moment for comfort food and staying under the duvet, it’s January in the northern hemisphere.

So, three weeks into the new year I have abandoned my resolutions again. My exercise bike is festooned with socks, drying out at the end of not quite 10K step-long walks abandoned because of rain. My efforts to learn a new language (Spanish this time), have stalled at the point where I can ask for a table for two in a holiday restaurant that seems an impossible fantasy right now. Don’t ask about the yoga. Adriene Mishler haunts my dreams.

And yet, there is one thing that I have managed to do every single day so far this year. Something that I actually look forward to doing the moment I wake up. It’s Wordle.

I noticed the coloured result grids appearing on Twitter over the Christmas break. They quickly multiplied and became rather annoying but they were being posted by people I liked following, not the usual Candy Crush crew. I had to find out what on earth they were talking about.

I knew from the first time I tried it that this new word game – in which you guess a five-letter word in six tries, with each try revealing whether you’ve guessed any of the right letters in the correct position – was something I could become addicted to.

I had a flashback to the Candy Crush disaster when I had no idea that every time I aced a game, my results were being posted on Facebook. “Yes, dear editor. Of course I’m getting on with my book.” Then there were the weeks I lost to Piano Tiles, having been introduced to the app by my 10-year-old nephew. Faffing around on your phone seems so much more intellectually acceptable when the game you’re playing has a soundtrack by Chopin. Wordle was surely going to suck me in.

I did not guess the word on my first attempt but having worked out the rules, I wanted to have another go. Now that I knew what I was doing, I would surely get the Wordle in three. I searched the screen for the button that would refresh the game. Instead, all I found was a counter, which measured the time until the next Wordle was released in a distressingly high number of hours. What? Perhaps something was wrong with my phone? No. I would not be able to play again for the best part of a day. I got one more sneaky hit by firing up my laptop and playing the game there but I quickly discovered that the word to be guessed was the same no matter how many devices I used.

I was frustrated, but reading up about the puzzle’s charming origins made Wordle’s distinctly uncommercial model make sense. British software engineer Josh Wardle created the game for his partner, Palak Shah. They shared the game with their families via WhatsApp, who liked it so much Wardle decided it was time to share Wordle with the world (try saying that really quickly). The game now has more than 300,000 players a day, but Wardle says he has no plans to “monetise” his genius invention.

I know that if I had been able to, I would have played 100 Wordles in a row so I’m grateful to Josh Wardle for stripping his game of its time-sucking potential. However, Wordle has made me wonder what makes a habit addictive. Why was I so keen to keep tapping away? If someone told me that I was forbidden from doing yoga for a number of days, would I be altogether more eager to roll my mat out the moment I was allowed? Would knowing that I could only access my beginner’s Spanish audiobook for exactly 20 minutes each day ensure that I never missed a session?

For now, I’m going to try combining habits. From this day on, I can only play Wordle if I’m sitting on my exercise bike at the time. Not just sitting, of course, but pedalling. It’s a start.

COLUMN: Letting go of whatever holds you back

Read COLUMN: Letting go of whatever holds you back by YAHOO!News

Column: A look back at the winter break movie releases

Read Column: A look back at the winter break movie releases by The Daily Tar Heel 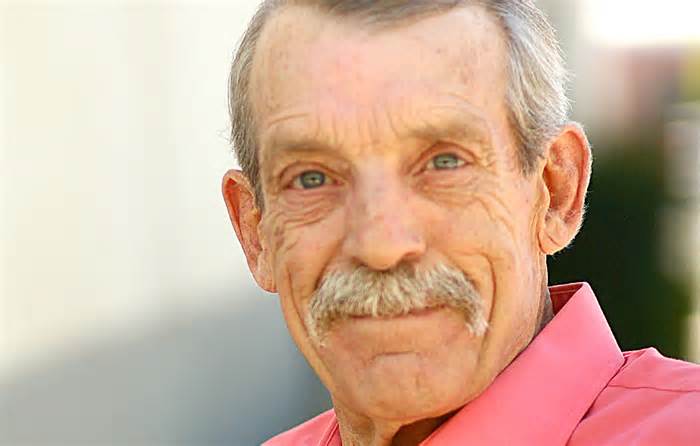 Column: Looking back at 2021 with Trident Theatre

Read Column: Looking back at 2021 with Trident Theatre by The Sheridan Press

Funny Papers Again Column | By Whatever Name You Please, He Has Returned

Read Funny Papers Again Column | By Whatever Name You Please, He Has Returned by Salinas Valley Tribune

Will Pokémon Legends: Arceus be the game that original fans have been craving?

Read Will Pokémon Legends: Arceus be the game that original fans have been craving? by Kerrang!

No comments to show.